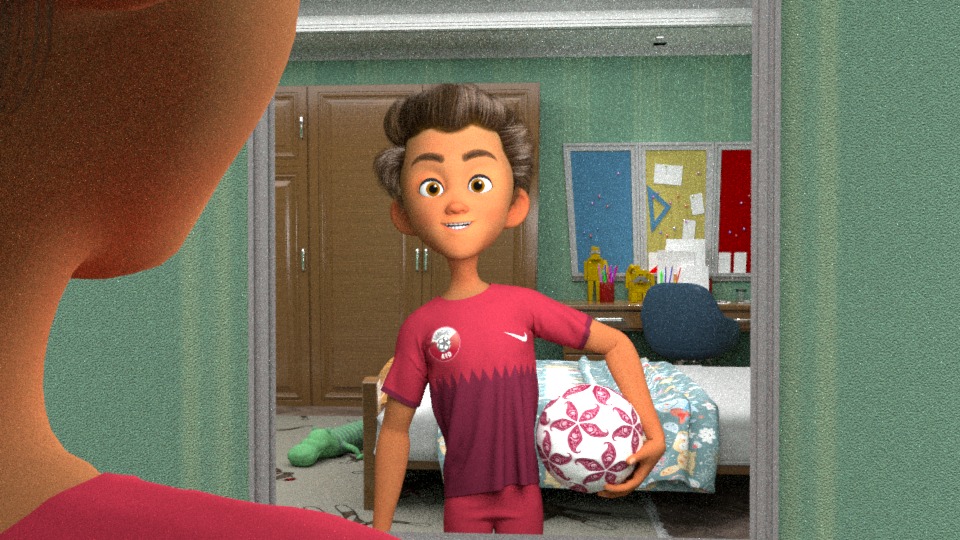 The idea was based on advising those who are fasting to move their bodies and exercise, which will reflect on their body and mind with benefit. It also advises them to avoid sleeping, sitting and watching TV, especially the younger generations and children who are addicted to mobile devices and phones.

The ad targets the category of young people and children and invites them to play football, go out to public parks, and accustoms the body to activity.

In this ad, a new character appears, wearing the national team uniform. The QFA is trying to let this character represent them in media, assuming that it is closer to the targeted group.

The social media specialist of QFA, Abdulrahman Al Abduljabar, said: “the association is interested in educating children about the values ​​of sport, and one of the best ways to reach them and address them is to create a character from their age that expresses them”.

The Art Director of Red Dot Films, Yousif Al Hamadi, said: “It was agreed to produce a simple work with few scenes, and the focus would be on the new character representing the association without having any additional character with him in the ad, and we chose the Najma area as a reference for the neighbourhood where the boy lives to emphasize it’s simplicity”.

Red Dot has produced 2D animated promotions and motion graphics for QFA in the past, but this ad is the first 3D work produced by the company to the association.